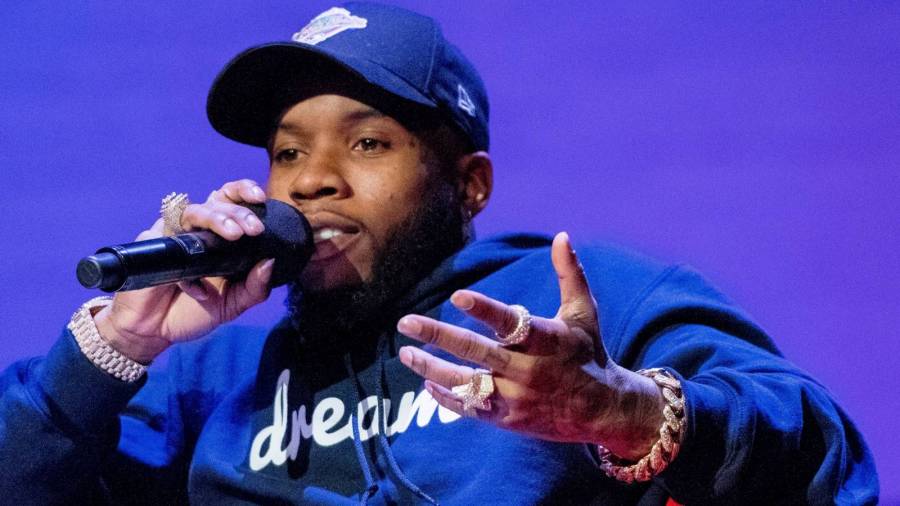 But the embattled Canadian rapper has yet to enter a plea.

Los Angles, CA – Tory Lanez appeared before an L.A. County judge via telephone on Tuesday (October 13) for his first hearing regarding the Megan The Stallion shooting incident.

The Canadian rapper was charged with felony assault last week and was supposed to have his initial arraignment Tuesday morning. But Lanez’s attorney Shawn Holley asked for a continuance and it was granted. Therefore, Lanez didn’t enter a guilty or not guilty plea..centered-ad {

Megan did score a small victory as a result of the hearing though. TMZ reports the judge issued a protective order against Lanez, which means he’s now required to stay at least 100 yards away from Megan and have zero contact with her.

Lanez bail was reportedly set at $190,000, which he’ll be posting with a bondsman at the hearing.

The protective order arrives on the same day Megan published an op-ed with the New York Times titled “Megan Thee Stallion: Why I Speak Up For Black Women.” While she doesn’t get too specific about what happened on July 12, the night the shooting occurred, she did explain why she was initially hesitant to identify Lanez as the triggerman.