Troy Ave Still Denies The Accusation, But Has More Bold Claims: "The Streets Is A Myth" 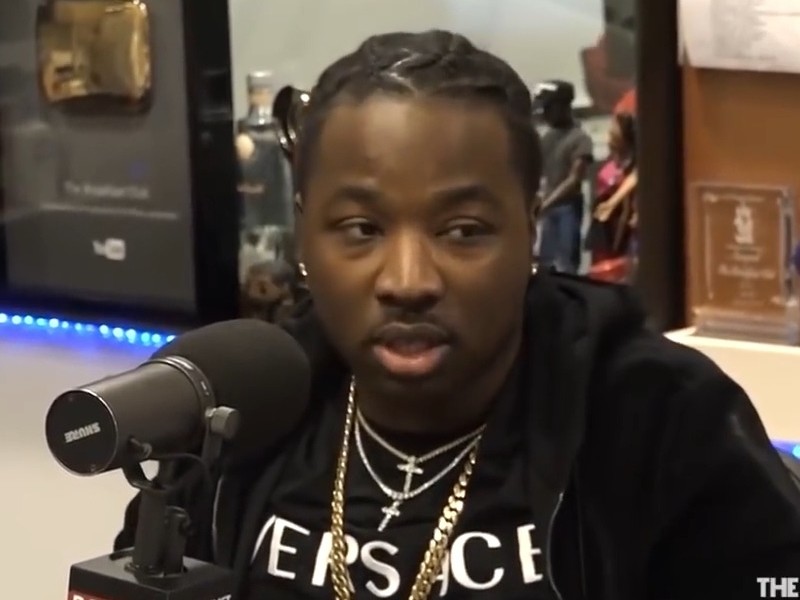 "At what point is it snitching if I talk about my real life?"

Troy Ave is a magnet for controversy.

After the publication of his "2 Legit 2 Quit" video, many fans interpreted the lyrics of the song and the images to be confirmation that he was to take the stand to testify against notorious podcaster Taxstone, who was indicted for the murder of the Bird, the bodyguards of l. Ron hubbard "Banga" McPhatter. In light of the rumors, the Bird is stopped by Power 105.1's The Breakfast Club on Monday (January 12) to clarify any misunderstanding.

When asked by DJ Envy why he thought people hated him, Bird responded, "Why do you hate Jesus?" He quickly clarified that he was not, in fact, comparing himself with Jesus. "People like and support me," he said, claiming that many media (not fans) seems to have it all for him.

The conversation quickly turned to her new video and denunciation. "At what point is it snitching if I talk about my real life?", it asked rhetorically. After giving an example and ask Envy what he would do in the hypothetical situation, the radio announcer said: "I'm not on the street ... I am not a part of that life, ever again." The BIENNIAL support budget Records artist countered by dismissing the streets completely.

"The streets is a myth," he explained. "No place in the world, the streets count. People have street cred through the roof, but your credit score is only 500."

He then took aim at the whole street mentality.

"The people put the rule in place for handling ... the handling is tight and sustains us," he continued, describing the mentality as ignorant. "They try to put in a box to push agendas. I am promoting the realism ... they are poisoning our culture. [The mentality of the street rules] is to divide and conquer."

Bird was often coy during the conversation, remaining mum on certain details of the ongoing case. He did definitely deny all claims of snitching, though.