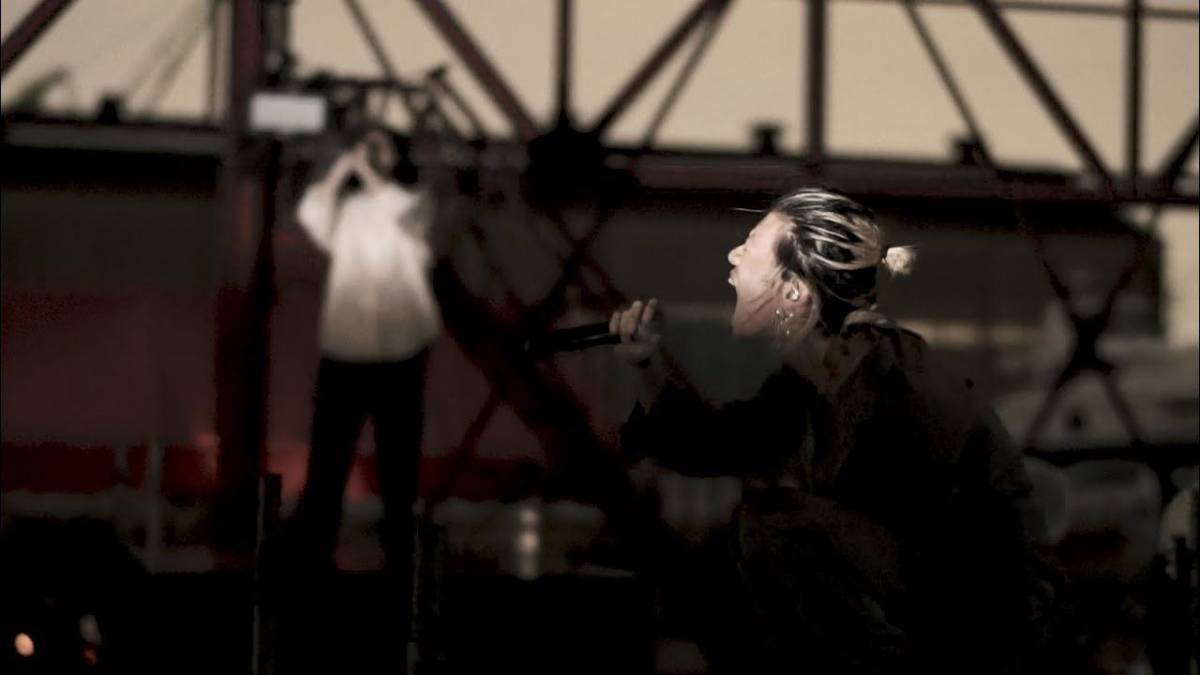 On July 15, London-based media platform NTS shared the footage of Japanese rappers Tohji and Loota from one of the “guerilla” events promoting KUUGA, their collaborative album with French DJ, producer, and composer Brodinski, which was released on March 31 this year.

Tohji, Loota, and Brodinski fully commit to the experimental nature of KUUGA, a project they described as “chamber music for the post-industrial decay” and have since released equally high-octane visuals for lead singles, “Iron D**k” and “Naked.”

Tohji is a London-born rapper who gained international recognition for his genre-bending style that heavily borrows from the ‘90s grunge movement to Detroit techno. His most recent solo debut album, angel, fuses harsh electronica with Atlanta trap.

Loota, meanwhile, is best known to many as one of the Japanese rappers in Keith Ape’s “It G Ma” remix and a frequent collaborator to KOHH.

Brodinski is the co-founder of dance label Bromance responsible for helming KUUGA’s avant-garde, post-industrial direction. Among his long list of high-profile collaborations, KUUGA is reminiscent with his work with fellow Bromance artist Gesaffelstein in Kanye West’s “Black Skinhead” and “Send It Up” off 2013’s Yeezus.

Watch the live performance of KUUGA below: