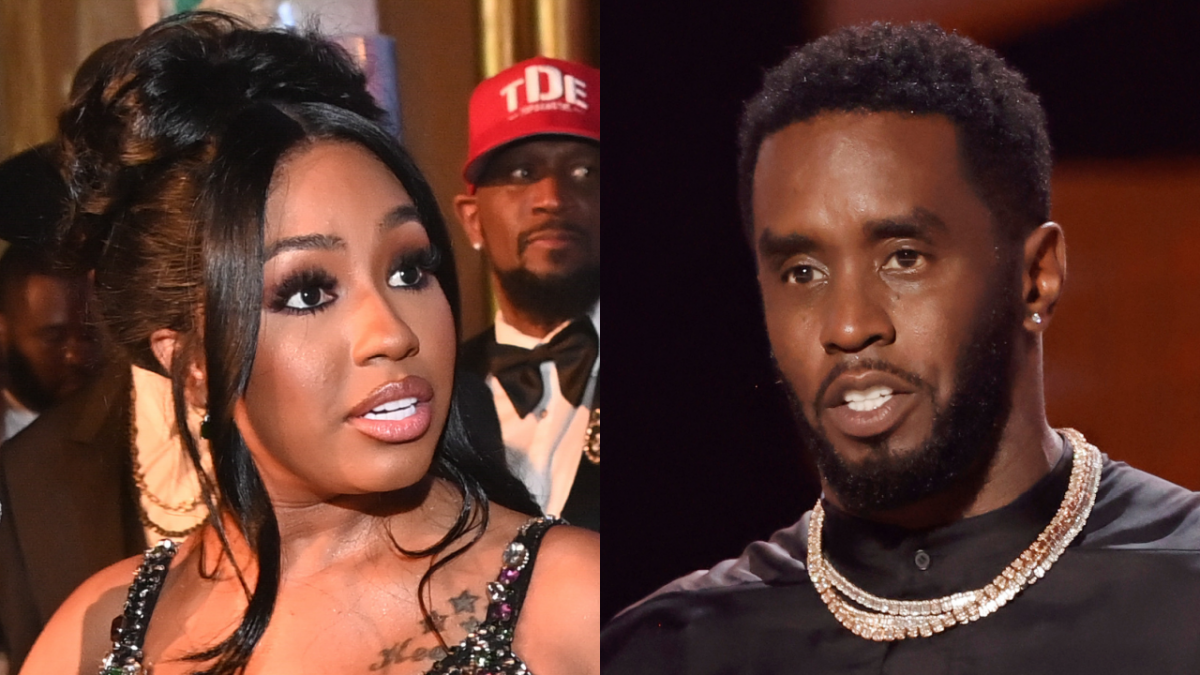 The pair's romance was confirmed by the Bad Boy mogul in June.

Yung Miami has already proclaimed she and Diddy “go together real bad,” but her latest message on Twitter is taking things a step further.

On Friday (September 2), the host of REVOLT’s Caresha Please podcast posted a meme with a simple caption of a heart. The message reads bluntly, “I love this n-gga down to the veins in his d!”

Fans quickly commented on the post, adding their two cents. “When you single but go together. she just having fun. How can you not love her?!” one fan wrote. Another added, “Chile whatever brother Love have her Ion want it.”

While it’s unclear if Yung Miami is specifically referring to Diddy, the Broward County native has been vocal on several occasions about her feelings for the Bad Boy mogul. In May, she and one of Diddy’s former flames, model Gina Huynh, went back and forth on social media over the rapper’s relationship with Diddy.

In one exchange, Yung Miami declared she wasn’t arguing with Huynh before later doubling back and saying she wasn’t going to be leaving Diddy’s side anytime soon.

“Ian arguing with no bitch that got cheap ass lint ball carpet in they house fucking on a billionaire! You freaky ass bitch!” she told Hunyh. When asked if she was a City Girl despite giving Diddy so much attention, she replied, “I am and that’s why I fuck with yo n-gga & ain’t coming off him idc how many pics you post!”

Megan Thee Stallion Shoots Her Shot At Yung Miami: ‘I Wanna Kiss You'

In fact, several recent posts from the 28-year-old have been interpreted as about Diddy. In July, she tweeted about her going through a brief mental health challenge and fans attempted to connect it to her current flame, but she quickly denied it.