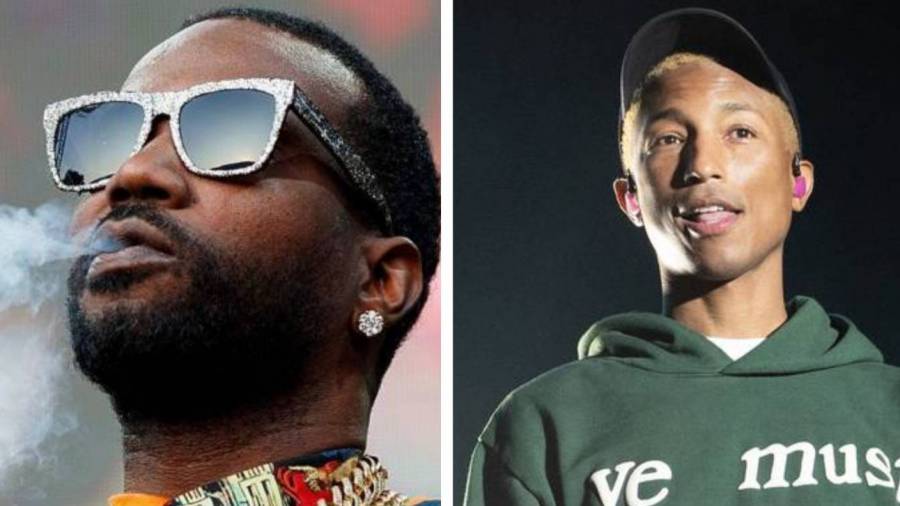 "Bandz a Make Her Dance" or "Move That Dope?" "Dark Horse" or "Happy?" Things could get interesting if Skateboard P accepts the challenge like King T'Challa.

Houston, TX – Juicy J is still eager to get in the Verzuz ring despite not having a challenger on the books.

In preparation for the release of his upcoming album The Hustle Continues, the Three 6 Mafia legend checked in with Houston’s 97.9 The Box and made a case for kicking up dust on planet Neptune by requesting Pharrell Williams in a battle for the entire world to witness. The platinum producer was unsuccessful in trolling his way into facing both Dr. Dre and Nas in the highly-viewed virtual event but the third time could be the charm..centered-ad {

“I got such a long [catalog] … I could easily kill somebody in a Verzuz battle,” the trap music sound pioneer lamented. “I could pull up that old Three 6 … and pull up my new catalog and smash you with my middle catalog. I mean there’s three decades of music and yeah, I would have to think it over. I think you can you can only play 20 records — I got so many hits!”

Some of the Juiceman’s more well-known records speak highly to his crossover appeal in the music industry. In 2013 alone, he was recruited for some major placements via Mike WiLL Made-It and Miley Cyrus’ single “23” and Katy Perry’s single “Dark Horse,” with the latter eventually securing a rare Diamond certification from the Recording Industry Association of America (RIAA).

With such confidence in his backlog