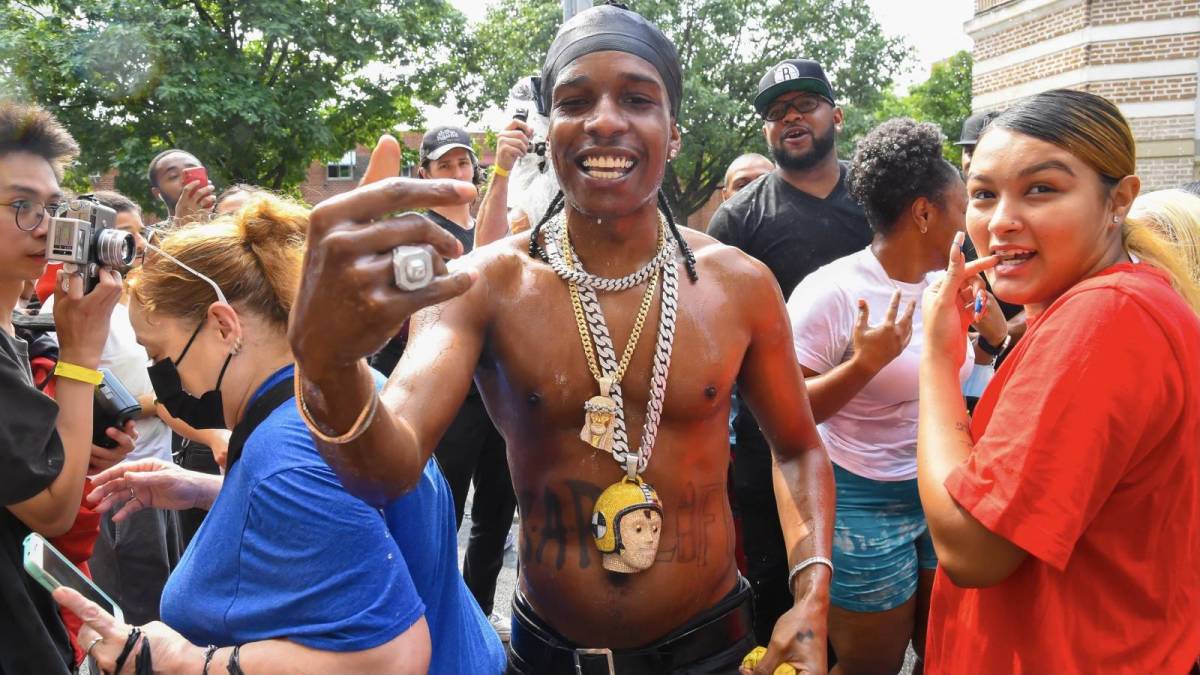 A$AP Rocky was named PacSun's first ever guest artistic director on July 9, ahead of his upcoming album 'All $miles.'

A$AP Rocky is looking to make a huge comeback with his upcoming album, All $miles, and he’s using one of his new partnerships to do it.

Since the start of the year, A$AP Rocky has been previewing the new music he’s been working on through brand collaborations with Cyberpunk 2077 and Klarna. Fans have liked what they’ve heard so far and want more from the A$AP Mob leader.

On Saturday (July 17), fans got their wish when Lord Pretty Flacko posted a clip on Instagram promoting his new deal with PacSun that featured another snippet. Rocky and several skaters rock the newly-released Vans Old Skool from the collaboration in the video while a new song plays in the background.

“CLIP ON MY HIP LIKE THE BAC AH DA BEEPER THANK YOU @PACSUN,” Rocky wrote in the caption of his Instagram video.

The video is the first part of Rocky’s new campaign with PacSun. On July 9, A$AP Rocky was named the company’s first-ever guest artistic director. He will supervise designer brand collaborations, campaigns and in-store activations to assist PacSun’s SoHo and Downtown Los Angeles stores.

“This partnership is special to me because it’s a collaboration that combines my roots, A$AP Worldwide and some of the most respected heritage brands that have roots in both the sportswear and lifestyle worlds,” Rocky said in a statement. “Together with PacSun, we will be releasing several limited-edition collections that are both nostalgic and forward at the same time.”

With all the snippets he’s previewed in the last year, Rocky remains quiet on the status of All $miles. The only info that fans got regarding the album was Rocky telling GQ Magazine that his new girlfriend Rihanna played a role