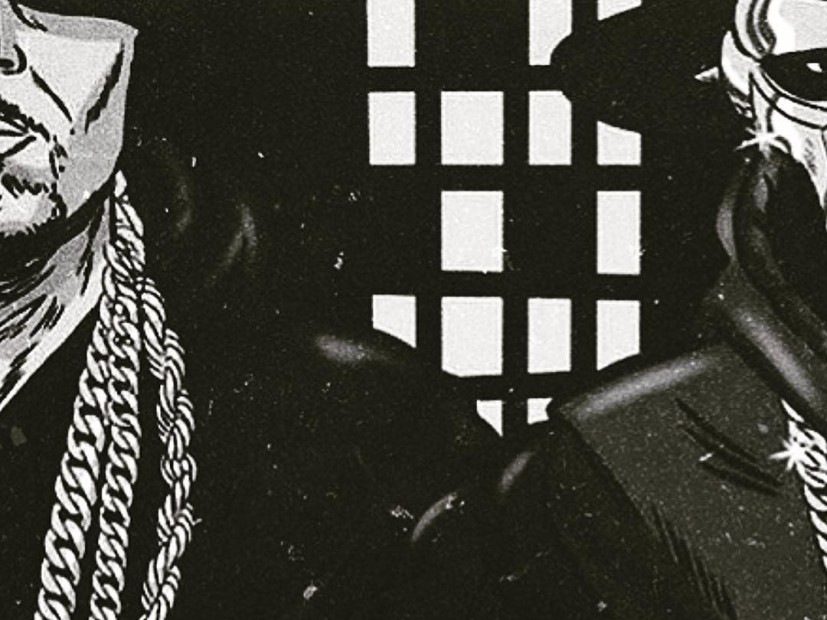 Another day, another possible DOOM collab (maybe). The Wednesday (December 27), DJ Muggs posted an Instagram photo with a black-and-white drawing of what appears to be the Cypress Hill vet and MetalFace also known as DOOM. Although only a fraction of the body is shown, the FATE of the signing of the mask is partially visible.

Soul Assassins — a collective of Hip Hop artists and graphic designers — are formed by Muggs in 1992 and that includes Dilation of the Peoples, of the Prophets of Rage, The Coka Nostra and GZA. In the part producer, The Alchemist, and House of pain DJ Lethal are also members. The hashtag "#bnardartwork" indicates that the work of the freelance illustrator Bernard Rollins, who also did the art of WestsideDOOM.

The enigmatic DOOM seems to be working on collaborations with several people lately. He donated his skills for Bishop Nehru's next Elevators: Act I and II of the project and recently worked with the West of the city of Gunn in the WestsideDOOM collab.

Has Been NY – ONLY DID 10 songs in 3 days with one of his all time favorite artists announcement coming soon, this is going to blow your wig now let's mangle to Hawaii for the @internationalcbc know Cypress is running this ganja Original game Not given #soulassassins #djmuggs

Meanwhile, DJ Muggs released his Gems From The Equinox album with Meyhem Lauren in October and seems to be keeping busy. Earlier this month, he posted another photo with the caption, "has Been to NY – ONLY DID 10 songs in 3 days with one of his all time favorite artists announcement coming soon, this is going to blow your wig."