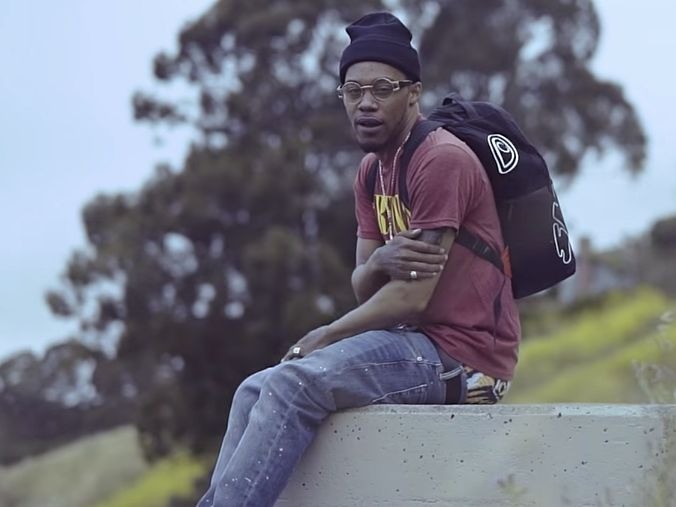 HipHopDX Premiere – Oakland, Young Gully has appeared on songs with Bay Area legends such as Too $hort, Mistah FAB, Philthy Rich, E-40, Dead Prez, Mozzy, Nef The Pharaoh. Now, he is back with a new video for "the Bigger Picture."

The track comes from their latest album, Eyes Wide Shut, which was released last Friday (September 14). In the Rob Driscal directed visual, Ravine with views of your city with a brown and yellow Nirvana t-shirt as he dissects their everyday life and sets his sights on the future.

"The concept of 'Bigger Picture' was to see the full spectrum of every situation good or bad," Gully says HipHopDX. "Each video that I did for this album, I wanted the locations to match the atmosphere of the song. My aerial view of the Area of the Bay in this video symbolizes surviving through the trials and tribulations that plague my hometown, and to assert my position in this game."

If you are touched drop a 💯🙏. Classic talk. #EWS on all digital platforms.

Ravine of the bonds of the Oakland community deep. In 2009, he worked with the journalist Pendarvis Harshaw in their Oscar Grant Project mixtape. All proceeds went to the Grant of the daughter and the uncle after his death at the hands of a police officer in Oakland. Grant's tragic murder was documented in Ryan Coogler's 2013 film Fruitvale Station

"Overview" follows the first single "Show Me Love", with the OMB Peezy.

Cop Eyes Wide Shut here, watch the video above and check out the tracklist below.

4. To All My Brothers