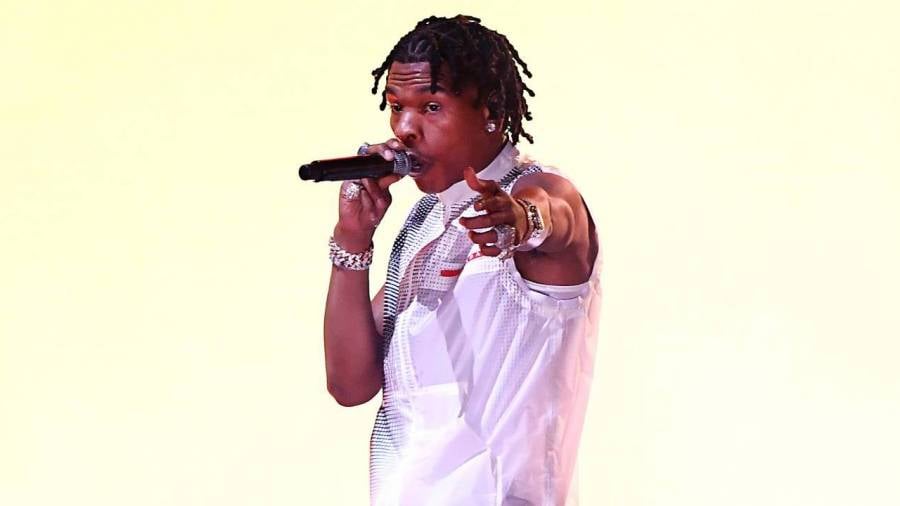 Lil Baby delivered one of the standout performances during Sunday night’s (November 22) 2020 American Music Awards. Baby, who was nominated for New Artist of the Year and Favorite Album – Hip Hop/R&B with My Turn, hit the stage to perform one of the project’s singles in “Emotionally Scarred,” but also left fans with a message to protect their mental health.

In a metallic Prada sleeveless top and matching shorts, Baby begins the performance by pouring his heart out to the therapist sitting down and jotting notes of her observations. Another dancer joins the fray as fake fire and other pyrotechnics fill the stage with heat. The Atlanta native finishes off on a raised platform with a message above reading, “Protect Your Mental Health.”.centered-ad {

In addition to speaking on his upcoming albums, Young Thug joined T.I.’s ExpediTIously podcast last week where he admitted he paid Lil Baby to start rapping.