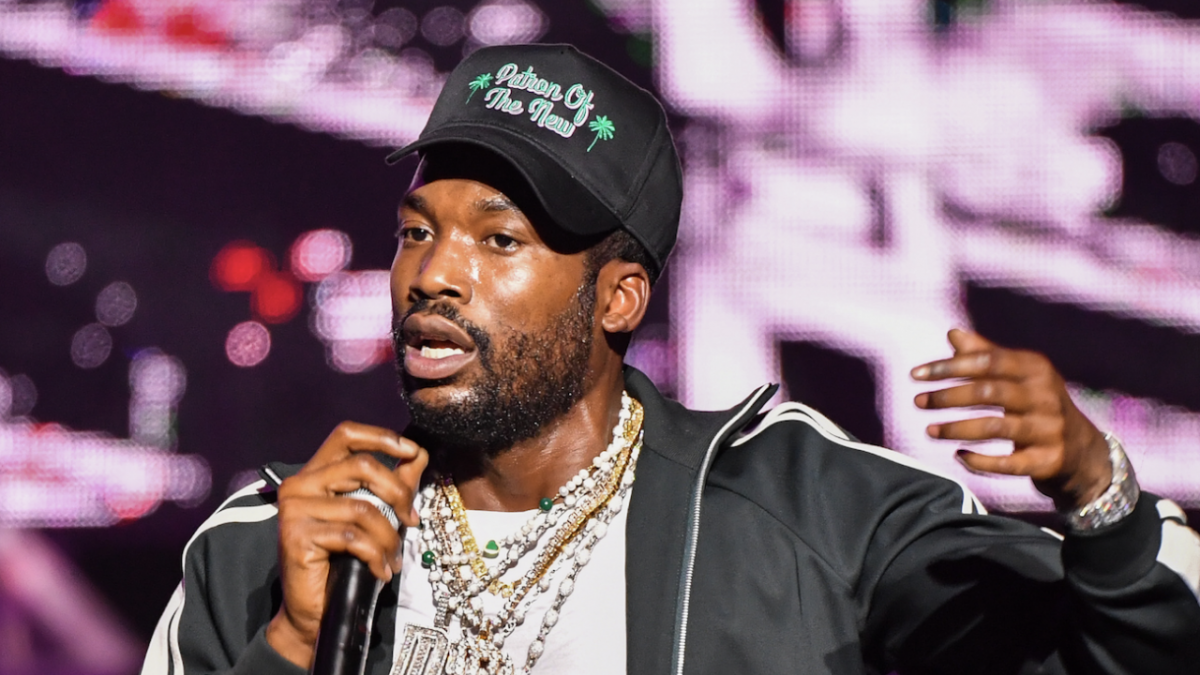 Fans noticed Meek and Ari posting from a similar location while moving around New York City for Fashion Week, but the Philly rapper was quick to put an end to the social media speculation on Monday (September 12).

“Take this cap down… And I don’t immediately follow up on n-ggas old ladies that’s good wit me… it’s a million women outchea and it’s fashion week chill,” he wrote.

There’s a ton of speculation surrounding Ari’s love life these days. While she claimed to be single earlier this summer after a years-long relationship with Moneybagg Yo, the Memphis rapper sparked pregnancy rumors when he posted a photo of a woman grasping her baby bump.

With the rumor mill in full tilt, eagle-eyed fans noticed the ring on her hand looks strikingly similar to the 22-carat diamond ring Moneybagg gifted Fletcher earlier this year.

The Memphis native deleted the tweet featuring the baby bump and provided no context to exactly who it might be. Moneybagg Yo is already the father to eight children.

The post comes just weeks after rumors suggested Moneybagg Yo and Ari Fletcher had called it quits. The social media influencer revealed she was newly single last month.

“Happy, paid and single! Ready for everything new!” she wrote.

As for Meek, he’s single to the public’s best knowledge. He