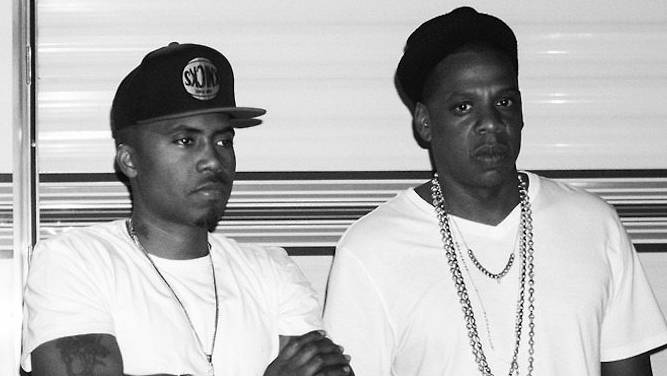 The Queens legend just released his 13th studio album 'King's Disease' — only for JAY-Z to drop a joint with Pharrell.

The August 21 release of Pharrell and JAY-Z’s “Entrepreneur” single coincided with the release of Nas’ 13th studio album King’s Disease, causing a stir on Twitter.

In fact, following their epic 2001 lyrical clash that spawned the diss tracks “Takeover” and “Ether,” there have been several coinciding release dates between the Hip Hop legends.

During Nas’ interview with The Breakfast Club on Tuesday (August 25), Charlamagne Tha God inquired about the extent of JAY-Z’s motives, but the Queens native dismissed it as the cosmos aligning.

“I think maybe there’s an energy that we both have where we maybe we feel like we work around the same time and the time,” Nas said before DJ Envy interrupted him with the facts.