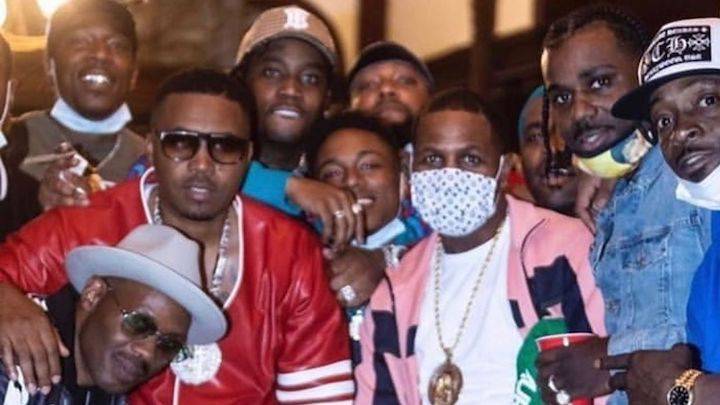 The visual is the second to be dropped from Nas' 'King's Disease' album.

Nas took over Washington Heights in NYC Saturday (September 19) along with Fivio Foreign and A$AP Ferg for the “Spicy” video shoot.

Presumed to be the next single from the Queensbridge rapper’s recently released King’s Disease album, the trio were joined by fellow New Yorkers rocking masks and thoroughly enjoying being part of the moment. Even longtime friend and fellow Firm member AZ made an appearance..centered-ad {

The finished product would mark the second video to be released from Nas’ thirteenth studio effort, following “Ultra Black.”

While the “Spicy” collaboration has been lauded by fans, another Nas collab is earning high praise as well.

In a recent interview with HipHopDX, Black Thought