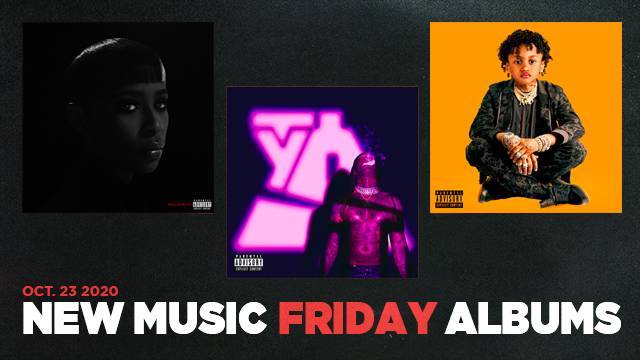 It’s time for another New Music Friday, providing fans with a fresh batch of Hip Hop and R&B releases. Halloween is just a little over a week away, but listeners don’t have to wait to enjoy musical treats from Ty Dolla $ign, Joyner Lucas, DeJ Loaf and more.

Veteran MCs such as KXNG Crooked and Tech N9ne come through with new projects, continuing to supply their loyal supporters with a steady stream of content in 2020. Also, emerging acts such as Blacc Zacc and Luh Kel look to make a lasting impression and stand out from the crowded music landscape..centered-ad {

Other notable releases for the week include Dave East joining in the deluxe trend and Comethazine resuming his Bawskee series. Check out all of the noteworthy Hip Hop and R&B projects below.

After pushing back the release date multiple times, Joyner Lucas has finally delivered his Evolution project. The independent MC says all the delays were done to ensure it comes up in the “classic conversation.”

DeJ Loaf has dropped her debut a