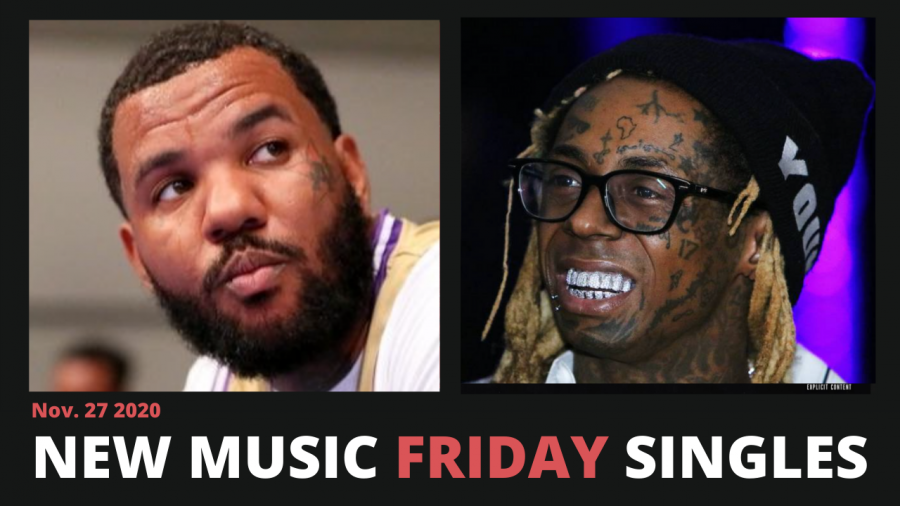 Be on the lookout for additional collaborations from Statik Selektah with 2 Chainz, Conway The Machine, Killer Mike and Allan Kingdom, along with singles from Fivio Foreign, 6LACK and more.

Los Angeles, CA – Even though Thanksgiving 2020 is anything but normal, HipHopDX is here with our usual highly curated roundup of this week’s hottest singles. Vibe out to SAINt JHN and Kanye, a solo a cut from Fivio Foreign, and also tune in to several high-profile collaborations highlighted by The Game and Lil Wayne’s newest joint effort.

Here are the top singles for the week ending on Friday (November 27)..centered-ad {

With Lil Wayne dropping his No Ceilings 3 mixtape hosted by DJ Khaled, this new collaboration with The Game is like the icing on the cake. Stream “A.I. With The Braids” above.

SAINt JHN is celebrating his recent Grammy nomination for Best Remixed Recording for his 2016 track “Roses” alongside Kanye West on his new amped-up anthem “Smack DVD.”

Even though Lil Baby says he is done doing features while he’s in album mode, the “Bigger Picture” rapper has joined forces with 2 Chainz to support Juicy J on “Spend It.”

The 4PF label is in full attendance with 42 Dugg and Li Baby adding verses to Rylo Rodriguez track “Walk.”