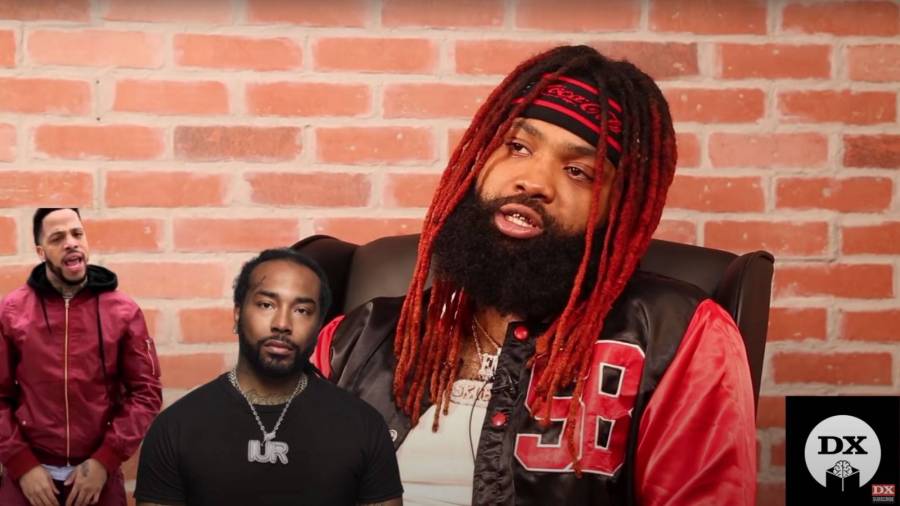 The Detroit rapper also shared the incredible story of how rapper Hardwork Jig found out that Vezzo was his blood-brother when they were both almost 30-years-old after having a random phone conversation.

Los Angeles, CA – When debates break out about the top Detroit rappers on a wave right now, of course, people mention artists like Payroll Giovanni, Tee Grizzly, or Big Sean, whose Detroit 2 album just went No. 1 on the Billboard 200 albums chart. But even with superstars already beaconing from the Motor City, few rappers still receive the hype and lore Sada Baby and Icewear Vezzo have established.

In a recent video interview with HipHopDX the “Funky Kong” rapper revealed that he, self-proclaimed, “Big Blood,” is in-fact blood-related to, “Big Crip,” Vezzo, his cousin, and went into detail about how deep the family connection runs between them and their close associates..centered-ad {

“I can’t think of the name of the fucking movie [Thicker Than Water]. But it’s literally like that. Hardwork Jig and Icewear Vezzo found out they was brothers when they was almost 30. No bullshit. I was there when it happened. I’m sitting next to Jig, he on the phone with Vez. They kicking the shit about whatever they kicking the shit about. And Vez is like, ‘Hold on, my big brother Rick calling me.’ And Jig was like, ‘Hold on, bit