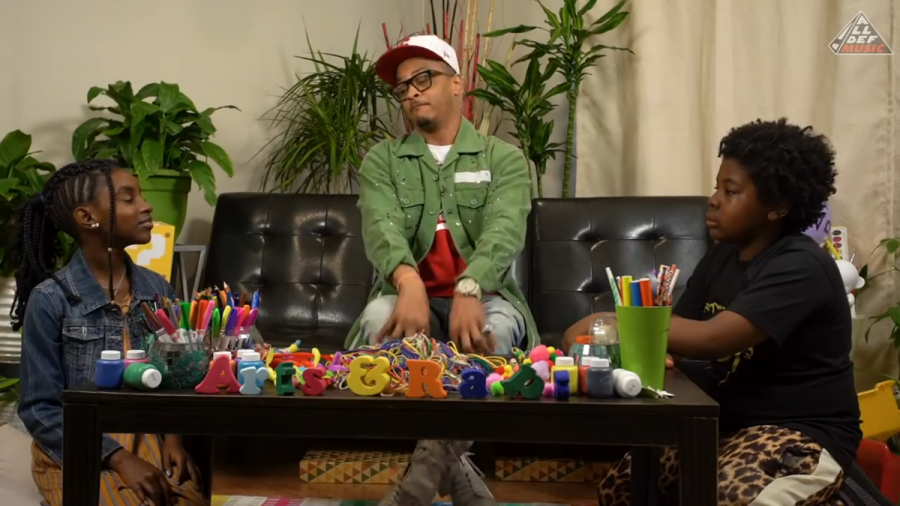 The children also grilled him about his old rival Lil Flip and his history of beef.

T.I. is rarely at a loss of words, but an interview with children had him struggling to answer their questions. The Grand Hustle Records boss appeared on All Def Digital’s Arts & Raps series and got grilled by two kids named Dilan and Zaria.

The video starts off with a bang when Zaria talks to T.I. about his group P$C. “What’s Pimp Squad Click?” she asks, prompting Tip to stumble and stammer before giving up completely on trying to provide any explanation. .centered-ad {

But the kids don’t let T.I. off the hook, asking him about his old rival Lil Flip. The trap rap pioneer does a little better providing an answer to that question, yet he couldn’t do it without wiping his brow and taking a deep breath.

T.I. didn’t get to enjoy softball questions from Dilan and Zaria as they also asked him to define “pimp” and “rubber band man.” The latter led to a funny exchange where Tip tried his best to detail drug dealing in the most sanitized way possible and got a blunt response from one of the kids.

“Big words we don’t even understand,” Dilan told him.

Watch the full interview with T.I. featuring inquiries about his past beef and more below.