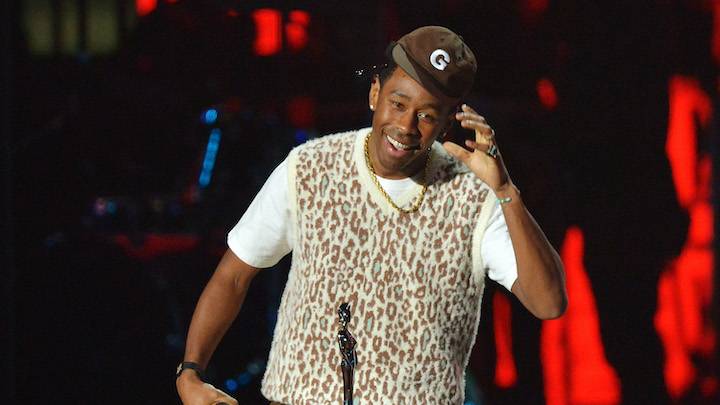 The rumor dates back to a Tupac video during the promo run for Poetic Justice in 1993.

Tyler The Creator has been part of a few Hip Hop conspiracy theories but he put a famous one to bed on Sunday (September 20).

Fans began circulating a video of Tupac Shakur walking around and stopping to talk with a young kid who eerily resembles the Odd Future leader attire wise. The Grammy Award-winner took to Twitter and quickly put the speculation to rest..centered-ad {

“thats not me as a baby with tupac dumbass ha,” Tyler wrote on Twitter Sunday (September 20).

thats not me as a baby with tupac dumbass ha

The video dates back an episode of BET’s Rap City when Tupac was with late director John Singleton during a promotional run for the film Poetic Justice. As Pac is moving along the streets, he stops and sees a young fan eyeballing him.

“What’s up then? What you gon’ do then?” Pac says to the fan. As the camera pans towards the kid, it’s a little boy in a striped shirt and hat, seemingly resembling Tyler.

The clip ends with Pac and Singleton returning to what they were doing, presumably getting ready for their foot race.