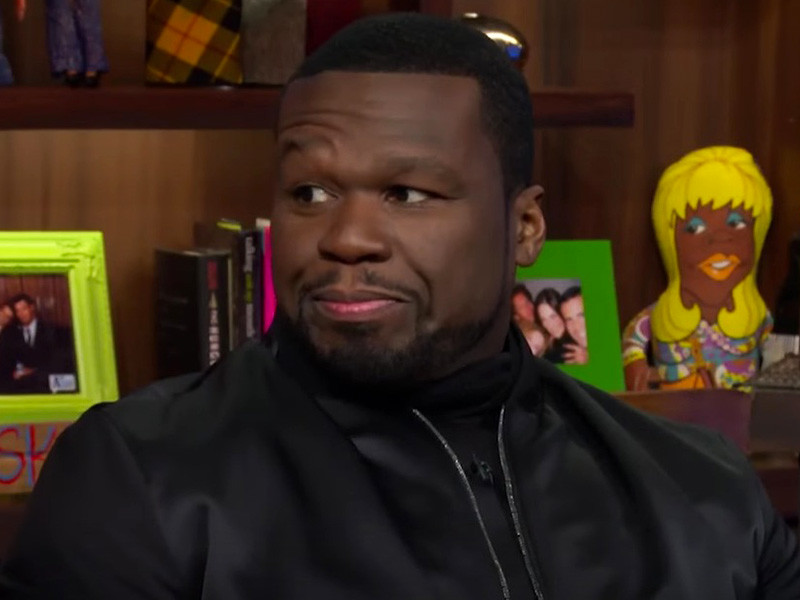 The former couple's of beef has risen after Fif repeats the details of a particular act that says Fox did.

Vivica Fox and 50% of the short romance apparently ended in rather nasty terms later, with tensions related to Fox hinting to her ex-lover was gay in 2015. Fif fired again last night as a guest on Bravo's Watch What Happens Live, becoming flesh by means of the pair trade insults via Instagram.

Back in 2015, Fox was a guest on Watch What Happens Live and threw a jab at 50 more of him posing next to a shirtless Soulja Boy on the cover of VIBE and the rapper taking digs at the rankings of the fair of the Empire, in which she has a recurring role.

During the 50's sitdown with the program, host Andy Cohen explained to his fellow guests Leah Remini what the beef is. Then Fif began to make the clown Fox in his typical sarcastic fashion, which is returned to simmer the beef in the other direction.

"I, literally, said on Instagram, 'Oh no, because I let her lick my ass, she thinks that I'm gay,'" said 50 Cent much to the shock of Remini and the public in the study.

50 later went into total troll mode and posted a meme (created for the show's Instagram page) by the light of the great revelation, to which Fox responded with a meme of your own with an invitation to 50 to Polish your difference in to See What Happens in Vivo. She also denied the act in question. "That NEVER happened and you know who is the QUEEN! But please tell them how you would like that tho!!" she wrote.

Both of the meme of the photos you can see below through their respective Instagram pages together with a clip 50 to See What Happens Live appearance.

Man I had fun in that show, Leah Remini was great. #EFFENVODKA #MINI #SMSAUDIO

Tell you what @50cent because you keep saying that lie!! I challenge you to let go on @bravowwhl and we can put this to rest!! That NEVER happened, and you know who is the QUEEN! But please tell them how you would like that tho!! Let me know when u ready because